This aircraft is a good handling, sturdy and reliable aircraft with one shortcoming; its lack of power to be competitive with its updated classmates.

I purchased a P3 airframe a couple of years ago with a goal to address the power issue and to modernize the avionics and systems. I learned in the mid 90s of a California based P-3 that had been upgraded with a Lycoming IGSO-540 380 HP engine. After inspecting and flying the aircraft, I concluded this installation, with its supercharger and related maintenance issues, was to complex for me.

I wanted a normally aspirated engine with the most power, without any aftermarket improvements or modifications. I choose the Lycoming IGO-540 with 350 HP. This engine was used only in some Aero Commander Twins.

This engine fit into the original motor mount without modifications. A new oil sump and
intake plenum was necessary to clear the nose gear actuator.
The Engine is 1 ½ in wider than the original which required some internal modifications to
the cowling. We created a new nose bowl to optimize cooling and reduce drag.

We used Airflow Performance’s fuel injection system, mounted a large oil cooler below the engine and fabricated a new air inlet. This keeps oil temps in the green and adds 2-3 inches of manifold pressure at high cruise.

The airframe was stripped of all the old avionics and military parts, as well as wires and systems.(approx. 160lb)

We fabricated new front and rear instrument panels. The fuel gage, flap indicator
and G-Meter was the only original instruments used. A vacuum system was installed to
operate the horizon front and rear, HSI in front and DG in rear. The airspeed, turn and bank, VSI, altimeter were replaced with new instruments.

Hermann H (owner of the first rebuild) and I collaborated on the engineering and rebuilding of our P3s. Where mine is a work in progress, Hermann is enjoying many trouble free hours of flying his since completion. 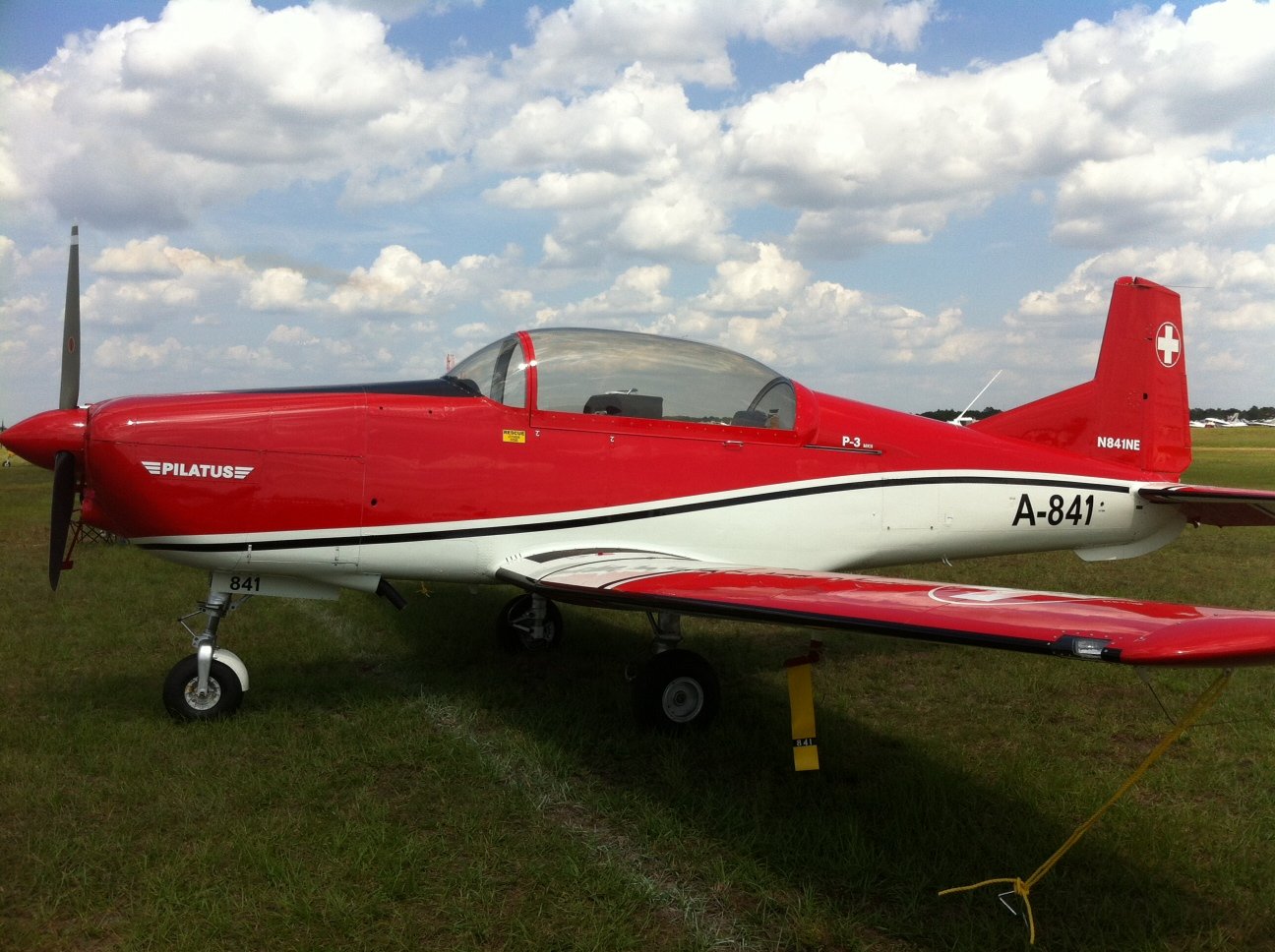 This author hasn't written their bio yet.
Pilatus P-3 . has contributed 21 entries to our website, so far.View entries by Pilatus P-3 .

TO PREVENT BLADE SEPARATION DUE TO CRACKED BLADES, HUBS, OR[...]

During a recent annual we examined the screen in the[...]