Discussions on the issue turned a huge corner during meetings hosted by EAA and WOA in March 2007 when industry representatives and senior FAA officials reviewed FAA Order 8130.2F and discussed recommendations on future revisions. At EAA AirVenture 2007 in July, the FAA agreed to issue the letter of deviation and discussed the proposed timetable for its release. Other organizations represented included the Commemorative Air Force (CAF); Classic Jet Aircraft Association (CJAA); and Courtesy Aircraft.

“We are extremely pleased with this outcome,” said Rick Siegfried, EAA Warbirds of America president. “EAA Warbirds of America and our industry partners have worked very hard on our members’ behalf. By meeting face-to-face in Oshkosh with FAA officials, we were able to work through this and other issues. We have submitted a list of recommended revisions to FAA Order 8130.2F and look forward to even more progress in the weeks and months to come.”

Owners of experimental exhibition aircraft are encouraged to review the FAA memorandum and decide for themselves if it is in their best interest to request the letter of deviation. For many owners and operators of warbirds aircraft, this is an attractive option, helping them expand their training and proficiency options.

How to obtain the letter of deviation:

This author hasn't written their bio yet.
Pilatus P-3 . has contributed 21 entries to our website, so far.View entries by Pilatus P-3 .

Pay close attention during an Annual or a Prebuy Inspection[...] 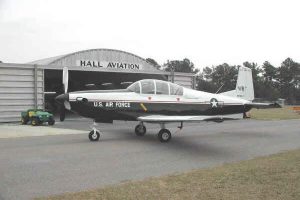 The Lycoming geared engines have acquired a bad reputation over[...]